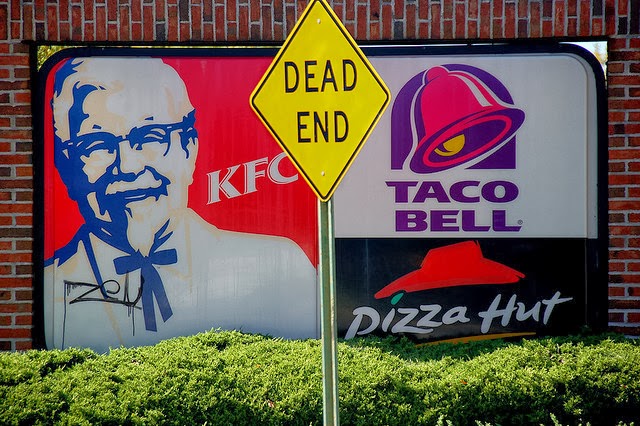 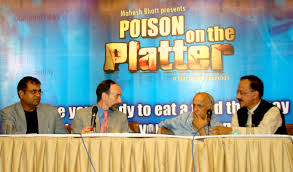 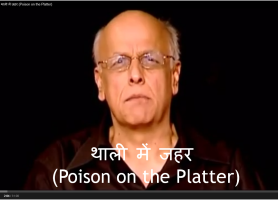 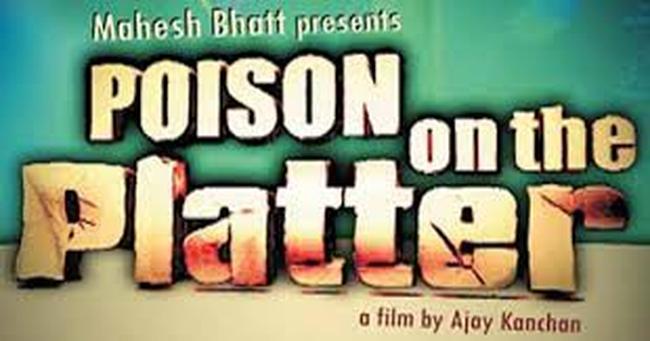 Poison on the Platter

The Institute for Responsible Technology

Filmmaker superstar Mahesh Bhatt launches a scathing attack on biotech multinational companies and compliant government regulators, showing how their dangerous genetically engineered foods and crops comprise one of the greatest dangers on earth. Released in February 2008, the hard-hitting Poison on the Platter is generating unprecedented fervor against genetically modified organisms (GMOs) throughout India. It is probably the most talked about film in the country.

Mahesh Bhatt says, “in their mad rush to capture the multi-billion dollar Indian agricultural and food industry, the biotech multinational companies are bulldozing warnings by scientists about the adverse impact of GM foods on health and environment, and hurtling the mankind toward a disaster, which will be far more destructive than anything the world has seen so far, simply because it will affect every single person living on this planet”.

Bhatt’s film makes a mockery of Government of India’s claim of not allowing import of any GM foods in the country as it conclusively demonstrates that supermarkets in India are flooded with harmful food stuff and biotech MNCs are cashing on the ignorance of unsuspecting consumers in India.

Trials of GM foods on lab animals across the world have repeatedly shown that they cause bleeding stomachs, and adversely affect brain, lungs, liver, kidney, pancreas and intestine. They have been even linked to higher offspring mortality and causing infertility.

“Are we ready to eat a food that has the potential to stunt our growth, impair our immune system and adversely affect all our vital organs,” asks Ajay Kanchan, director of the documentary, adding that “It’s shocking that instead of protecting the interests of farmers and consumers, regulatory bodies in India are pandering to the greed of biotech MNCs like Monsanto, whose track record is littered with lies, deceptions and notorious ability to corrupt the regulatory bodies all over the world”.

The corporate and regulatory forces that are out to get genetically engineered (GE) foods onto your dinner plate by any means possible are not confined to the United States.

In his documentary, Poison on the Platter, Indian filmmaker Mahesh Bhatt examines from a unique non-Western perspective how multinational corporations and government regulators have conspired to spread GE foods across India.

The film provides an insightful perspective about the world impact of genetically modified organisms (GMOs), as discussed by scientists on the other side of the globe.

If you don’t believe contamination of our food supply by GMOs holds the potential for planetary disaster, you might change your mind after seeing this film. Mahesh Bhatt warns:

“In their mad rush to capture the multi-billion dollar Indian agriculture and food industry, the biotech multinational companies are bulldozing warnings by scientists about the adverse impact of GM foods on health and environment...

[T]his is hurtling mankind toward a disaster, which will be far more destructive than anything the world has seen so far, simply because it will affect every single person living on this planet.”

They also claim that foods derived from GMOs are “substantially equivalent” to foods created by conventional growing methods. The problem is that none of those claims are supported by science.

The List of Risks Posed by GE Foods Continues to Grow Epidemiological patterns reflect a rise in more than 30 human diseases alongside the steady increase of GE ingredients in our food supply and the dramatic increase in the use of agrichemicals, such as glyphosate.

Glyphosate is not “just” an herbicide—it was originally patented as a mineral chelator. It immobilizes nutrients, making them unavailable for your body. Glyphosate is also patented as an antibiotic that can devastate human gut bacteria.

When you mix the genes of one species with those of another, you’re courting disaster. GE food trials involving laboratory animals have uncovered higher mortality, infertility, and multi-organ damage—such as bleeding stomachs.

Even Monsanto’s own mouse studies demonstrated that GE foods have toxic effects on multiple organs, including the liver and kidneys. One of the most ominous concerns about the GE food system is its impact on our soils.

Monoculture and massive agrichemical use are decimating soils at an alarming rate—soils that took thousands of years to develop. Trillions of beneficial microbes that make up healthy soil are destroyed, depleting its nitrogen and leading to soil erosion, pollution, and wasted water from massive runoff.

Nitrogen and phosphorous fertilizer runoff has created dead zones along many coastal waterways. GE crop monocultures destroy in a blink what nature has taken millennia to create.

What’s going on in India is not that different from the US. Despite all of the hellish evidence, there seems to be no risk substantial enough to deter the American government from pushing ahead with new GE seeds.

Herbicide and insecticide use is skyrocketing. USDA recently deregulated Dow Chemical’s next-generation GE crops, which are not only glyphosate-resistant, but also carry resistance to toxins like the Agent Orange ingredient 2,4-D and Dicamba. EPA has also approved Enlist Duo—a new herbicide to be used on Dow’s 2,4-D and glyphosate-resistant corn and soybeans.

EPA has also doubled the amount of glyphosate allowed in your food. For example, soybean oil is allowed to contain a whopping 400 times the limit at which it can impact your health. Widespread use of GMOs has led to an enormous resistance problem.

Superweeds and resistant pests are rapidly spreading across farmland, which has necessitated the deployment of even more noxious chemicals. USDA data reveals that glyphosate use has increased 12-fold since 1996. Meanwhile, weed resistance has been documented on 60 million farm acres across the US.

The US Earns the Gold for Highest GE Food ProductionThe US is the world’s leading producer of GE foods, many of which are being exported to countries, like India, that will allow it. Monsanto is the largest manufacturer of GE seeds, producing 90 percent of those used across the globe. Yet three quarters of Americans are not even aware that they consume GE ingredients in almost every meal.

Many other countries believe that GE foods must be safe because Americans have been consuming them for two decades—and “not dying from them.” However, the fallacy of this reasoning is evident when you realize that it took the US about 500 years to realize that tobacco wasn’t safe.

The incidence of chronic diseases in the US has escalated since the introduction of GE foods. Therefore, no one can claim that Americans are healthy, and no one can say with any assurance that GE foods are safe. Many scientists argue that we haven't had enough time for the effects of GMOs to fully reveal themselves across populations—and when they do, the damage may be irreparable. In the words of GMO expert and founder of the Institute for Responsible Technology Jeffrey Smith:

“I can say with absolute confidence that there is irrefutable and overwhelming evidence that genetically engineered foods are harmful and that they are not being evaluated properly by the governments of India, United States, the European Union, or anywhere in the world. This is one of the most dangerous technologies ever introduced on Earth, and it’s being deployed in our food supply. It is madness! What we need is a political willingness to say no more... We don’t understand the language of DNA.”

Cheap Food Brings Expensive HealthcareGenetically engineered foods have increased to keep pace with an exploding demand for "cheap food." Farmers are constantly pushed for higher yields. The current system is creating a glut of ecological problems, such as ravaging our bee populations. Forty years ago, Americans spent 16 percent of their income on food and eight percent on healthcare; today, those numbers are reversed. This "cheap food" system has bought us the most expensive healthcare in the world. In the same way that medical schools and universities are controlled by the drug industry, the food system is controlled by the agrichemical industry.

The industrialized food system is putting many small farmers out of business. Land grant universities, funded by corporate agribusiness, are under enormous pressure to shush any research that goes against the party line. Educational institutions are afraid to "bite the hand that feeds them." Mark Kastel, Co-Founder of The Cornucopia Institute, explains how other strategies are used to ensure that the public never finds out about the health dangers of GMOs:

"Monsanto and others actually have contracts with farmers, a technology agreement that prohibits the farmers from using any of their crop for research—other than agronomic research and yield research. So they can't partner with a physician or a medical researcher to take a look at the impact on human health. They've really impeded our ability to know whether or not GMOs are safe."

Big Bucks Buys Big VotesMoney changes everything. Monsanto, Grocery Manufacturers Association (GMA) and other pro-GMO forces continue pouring millions into every anti-labeling campaign in an effort to prevent you from knowing what you’re eating. Their strategy consists of false claims, lies, and scare tactics, but their money is buying them smaller and smaller margins—labeling laws are coming closer to passage with each election. Every “loss” is actually a “win” when you look at the trends. As people gain awareness of the issues, they will refuse to stand for the status quo. 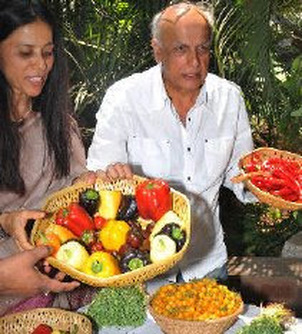